Thank you Uralla Shire for another Awesome Awards Night!

Well, it’s done and dusted! Thank you to everyone who voted, everyone who helped organise the event, the team at Uralla Showground for the beautiful venue, and the catering from the Fat Butcher, to Darren and the girls from UNE for handling the bar and looking after the drinks, to New England Brewing Co for the lovely craft beer, Merilba Wines for the Wine, WhyWorry Wines for the bubbles, Foodworks for the other beer and bubbles, softdrinks, water, oj.

Thank you to Damien Tudehope, Adam Marshall, Russell Stewart and Mick Pearce for presenting the awards, and to our wonderful sponsors for sponsoring the winners’ awards.

Thank you to Sonia Repin of Melrose Uralla and Tara Toomey of Seasons of New England for the prizes for the runners up.

Thank you to our fabulous team from the Chamber who prepared for and setup the event and venue, Darren, Corinne, Sonia, Bob, Macka, Col, Russ and John. And a special thank you to Darren for being the MC on the night and doing a brilliant job, at it!

And Lastly, a very big thank you to all the finalists for being the fabulous customer service stars that you are – without you the event would not have been the success that it was!

We had a terrific night! It was fabulous to see such a good looking crowd there to enjoy themselves and to celebrate Uralla’s star performers in Customer Service.

and to top it off, Adam Marshall gave a fabulous report to Parliament about the night and our lovely town the following week. Thank you Adam!

And the winners were… 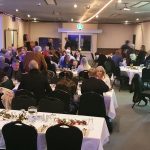 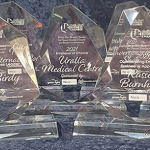